The award is one of the longest running literary prizes in China, as well as one of the most important awards presented by CCBF. Founded in 1981 by the Shanghainese children’s writer, Chen Bochui (1906-1997).

Founded in 1981, the Chen Bochui Children's Literature Award (CICLA) boasts the longest running history and the longest award-winners list in China. Since 2014, it has been reframed as an international competition aiming to better promote the development of children’s books at a global scale.

The CICLA stands out for its comprehensive approach. It comprises two award categories for published children's works—Best Literary Work in Chinese Language and Best International Picture Book. Additionally, the Author of the Year and Special Contribution awards have been created to give recognition to key figures of the children's book arena.

Every year in November, the CICLA Jury meets in Shanghai to assess the best contents submitted in each category and the award-winners are announced on the eve of Shanghai International Children’s Book Fair. Each winning title receives a reward of RMB 50,000 to be shared by the publisher and the author(s) of the books. The Author of the Year and Special Contributor of the Year are proposed by an internal committee and submitted to the Jury’s approval. Entries to the CICLA are currently closed 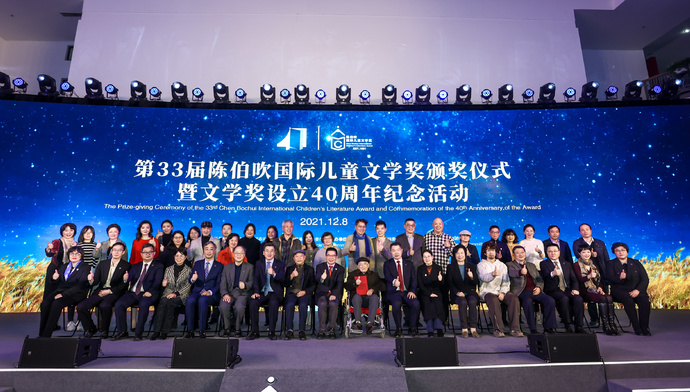 The 2021 CICLA winners have been announced on 12 November during a ceremony held at Baoshan International Folk Arts Exhibition Centre. The 2021 CICLA Jury was composed of nine experts in children's literature and picture books from China, the USA and the United Kingdom.